After my previous post on hybrids (Netbook + Tablets Hybrids) in early December, the Consumer Electroncs Show occurred in Las Vegas at the start of January.

Below are some machines that caught my eye from explosion of tablet-esque devices announced.

Basically an better Duo (ie an ultrabook) with a faster processor and Windows 8. For £999 (ouch!). The Register gives it a favourable review.


The XPS 12 shares a hardware feature with the Microsoft Surface tablet that really improves the Windows 8 user experience: a recessed Windows home button below the screen. Press it and the display swaps between the traditional desktop and the Modern tile-based UI no matter which way the screen is facing.

Also with SSD memory plus Windows 8 boot time is a mere 14 seconds!! (I wander what is the boot time from hibernation?)


5. Lenovo IdeaPad Yoga
This Ultrabook whose hinges allow the screen to rotate 180 degrees to make the tablet - ie the keyboard on the bottom - a feature that I don't care for. 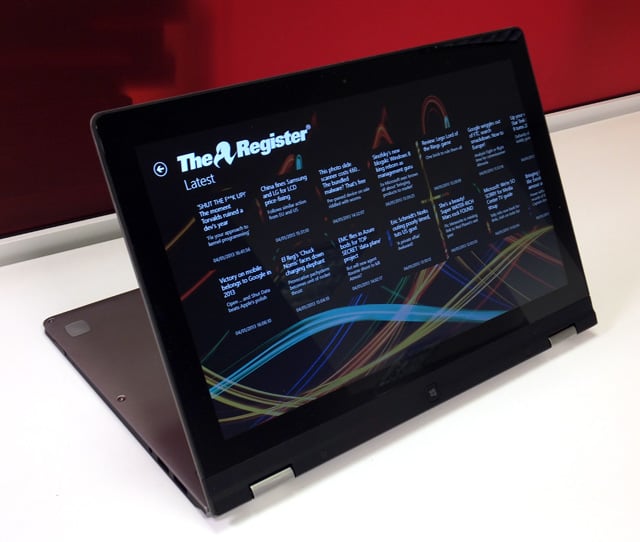