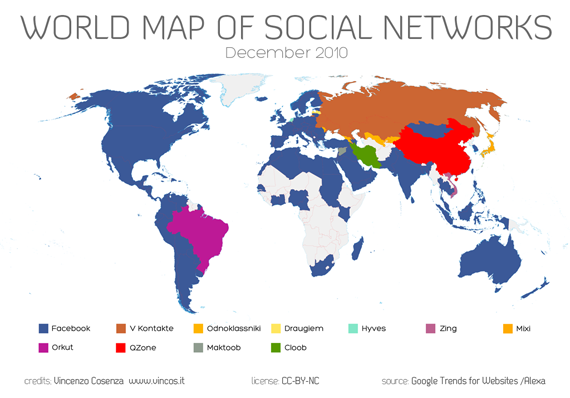 Here's an interesting map from Vincenzo Cosenza which mashes up Alexa data with Google Trends to produce a map displaying the primary preference for a particular social networking preference by country. 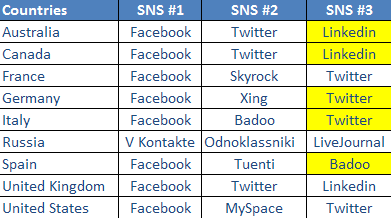 Facebook is all conquering, apart from Google's Orkut in Brazil which remains an large exception, even if Portugal has already been steam rollered by the Zuckerberg machine (stolen from Hi5 actually).

What is interesting is how recently, eg June 2009 (visit Vincenzo's site and scroll down), the picture was much more fragmented, with the odd domestic provider holding out against FB. These would appear to be second choice networks now. MySpace appears to be a US oddity too.
Posted by Arthur at 9:51 am