An end of an era - Samsung beats Nokia for handsets sales 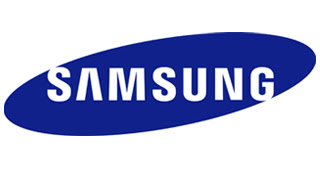 Samsung beats Nokia to become the number 1 handset manufacturer with over 92.5million shipped in Q1 this year. Nokia will not only be saddened by coming second, as they have held the No 1 crown for 14 years since, 1998, but additionally they will be crying into their breakfast cereal as shipments declined a crushing 24% annually.

Nokia, who came to dominate the 2G era with its Symbian operating system are being squeezed at both ends of the market, as low-end feature phone shipments in emerging markets stalled and high-end Microsoft Lumia smartphones were unable to offset the rapid decline of Nokia’s legacy Symbian business. (Quote from Strategy Analytics: Samsung Overtakes Nokia to Become World's Largest Handset Vendor in Q1 2012)

I still hold out some hope for Nokia, as the third world markets grow and they should be well positioned to leverage their brand - and the operating system costs have surely been amortized by now.


Apple comes third with 9.5% of the market - with sales of iPhones holding up well in the US and Japan (the latter being surprising given the number of sophisticated phones in Japan).

However, Samsung will unveil the latest version of its Galaxy range of phones on 3 May in London. This BBC report mentions that the phone is being accompanied to its launch in London by 10 security guards.

Posted by Arthur at 8:50 am No comments: