The BBC last weekend discussed Twitter in the context of sports stars and footballing brands. Twitter ye not?

As with any new technology, it has a cycle of early adoption by individuals who understand on how to capitalise on it, some initial success stories. Then others adopt the technology and after some time, use it inappropriately (more likely naively). There’s a fall out which attracts the attention of the authorities – in this case the Football Association who manage football in the UK.
Ignorance of the technology terrifies authorities and they try and shut it down. Attitudes like this below (from BBC's website) aren't helpful:

"I've had a word with the lads about this: they can use Twitter all they want as long as it has nothing to do with the club," Warnock told the Fulham Chronicle.

The ability for individuals to openly publish has been around for a long time, twitter is an easier way to do this from a mobile device.


Fortunately, the FA would appear to have a mature view on the subject:

It is understood the FA sees social media no differently to other public forums and has strict rules on alleging bias or questioning the impartiality of officials.

I hope (and assume) that all new players receive induction about publicity, speaking to the public and the press and have clauses in their contract which talk about bringing their club and game into disrepute. Clearly, players want to establish their personal brand, but they play for a team and represent the sport. 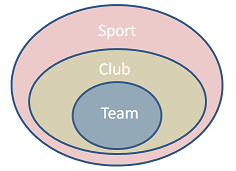 The FA’s policy towards twitter is (and should be) exactly the same – nothing wrong with a refresher on policy and also nothing wrong with having a PR refresher with the players, encouraging them to adopt the technology and how to use it to their advantage.
Posted by Arthur at 11:07 am