I love deadlines. I like the whooshing sound they make as they fly by.


Douglas Adams, author of the Hitchhiker's Guide to the Galaxy
Applicable to product / project managers!
﻿
Posted by Arthur at 6:33 pm No comments:

Would you have guessed them?
Finland (at 125%!), Australia, Japan, Sweden, Denmark, Korea and the United States.

Technically, according to this Register article, these countries have more mobile data accounts than people.

Product Manager is a janitor basically 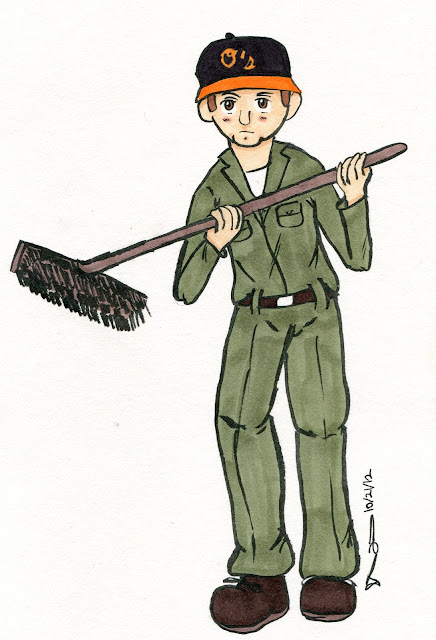 A great blog post. A Product Manager is a:
Click on the link to find out why!
Posted by Arthur at 4:53 pm No comments:

Global sales of 4G phones to double to 500 million

CCS Insight reports, in its Mobile Phone forecast - April 2014 (thanks to article in Mobile News article), sales of 4G phones are set to double this year and rise to 1.2 billion in 2018, accounting for over half of the 2.4 billion phones sold in that year.

It is anticipated that the key driver [for that adoption] will be the cost of 4G phones falling below €€100 in the second half of this year, with most operators removing any premium for using the services.

From this, the proportion of 4G-enabled sales will almost double from 26 per cent to 51 per cent, with 56 per cent of phones sold in Western-Europe this year being 4G-enabled.

The forecast predicts that Android’s, which accounted for 79 per cent of the one billion smartphones sold last year, will see its dominance continue. Despite doubts over the commitment from manufacturers to Windows Phone, it said its ability to compete at lower price points and taking advantage of BlackBerry’s recent decline will enable it to benefit.

Posted by Arthur at 5:44 pm No comments:

Office for National Statistics reports that 87% of the adult British public now has some internet experience, resulting in a total of 44.3 million users. This still leaves 13% or 6.7 million without the benefit.

And there's another skew - geographic: London, for instance, has the highest proportion of internet users at a total of 90%. In comparison, Northern Ireland, despite having the best coverage of superfast broadband in the UK, has the lowest with just 79%.
Posted by Arthur at 5:30 pm No comments:

Email ThisBlogThis!Share to TwitterShare to FacebookShare to Pinterest
Labels: internet

Number of SMS Messages sent falls - a point of no return

Gone are the glory days of SMS messaging when usage was exploding at 30% a year. Two reports show that 2012 was the zenith of SMS and more grim figures are to follow.

A Deloitte study reports that 145 billion SMSs were sent in the UK in 2013, down a sliver from 138 billion (a drop of a mere 5%). Users are substituting SMS with instant messaging services like WhatsApp, Viber, Snapchat and Facebook to stay in touch.

There were 160 billion instant messages last year and this figure is predicted to nearly double to 300 billion by the end of 2014.

This has occurred because instant messages (note that the apps listed above support images, video and even audio - quite a concept when you think about it! - between users) sent over data are free and group texting is easier (remember my own start-up providing MiCircles, faithful readers?)

The operators have already responded - SMS are virtually given away - except for the odd entry level contract where SMS packages are unlimited.

At similar, woeful story comes from Strategy Analytics (Operator Revenue from SMS, MMS on The Decline): global SMS & MMS revenue fell by almost 4 percent last year to just below $104 Billion. By 2017, 20% reduction in revenue is projected, with regions with a high penetration of smart phones set to see the biggest drop off in revenue: revenue in America is estimated to fall by 38% and an 28% drop in Western Europe.
Posted by Arthur at 5:23 pm No comments:

Broadband is the most important invention of the Naughties

Results: 53% said broadband, ahead of smartphones and satellite navigation. 1% each for on-demand TV and Android smartphone apps.
Posted by Arthur at 3:48 pm No comments:

If consume a free product, then stop and think:


From an excellent ReadWrite article:


Lost in the furor over government spying on its citizens is an inconvenient truth: personal data is the new currency of the 21st century, and until we rein in our desire to spend it we can't really stop others' desires to spy on it.

But we are the ones happily selling ourselves for a few more gigabytes of storage, or a way to talk with friends. We used to pay for such things with money. Now we pay with our private details through our personal details.

The public has to ask itself a hard question: Do we care? Or are we happy to sell little pieces of our online selves in the name of ease and convenience?

Posted by Arthur at 2:51 pm No comments:

In the UK, Sunday 5th January was the day before back-to-skool Monday after the traditional two week shutdown over Christmas.


At its peak, between the hours of 8pm and 9pm, 1.67Tb of data per second was flowing back and forth between Virgin Media and its customers, with a total of over 11.55 Petabytes being delivered over the 24 hour period.

One can only assume that consumers had finally worked out how to connect their new tablets (that they received on Christmas Day) to their wi-fi and were happily streaming a ton of TV to their new toy.

Posted by Arthur at 8:38 am No comments: